Prof. Erwin Kessels from the Eindhoven University of Technology (TU/e), Netherlands, chairs the Plasma & Materials Processing (PMP) group at the Department of Applied Physics. He is also the scientific director of the NanoLab@TU/e facility which provides an open-access clean room infrastructure for R&D and nanotechnology. His research is focused on the fabrication of ultrathin films and nanostructures using (plasma-enhanced) chemical vapor deposition (CVD) and atomic layer deposition (ALD), which is relevant for nanoelectronic and photovoltaic devices. Prof. Kessels was honored with the AVS-ALD 2019 Innovator Award in recognition of his contribution to the field of ALD. Apart from his own research, Prof. Kessels is supporting young researchers not only at TU/e but the entire ALD community as he has been strongly involved in setting up the Atomic Limits blog (https://www.atomiclimits.com/) which gives fundamental insights as well as open access information on the recent advances in the field of ALD and ALE. Owing to his remarkable engagement towards the CVD and ALD community, he was appointed as a Mercator Fellow within the SFB-TR 87. With his profound knowledge, he will be a mentor for the projects within the SFB in terms of plasma processing and especially in project part B (PB-B) for low temperature PECVD and PEALD of different materials on polymers as gas barriers and membranes. Additionally, he will be directly supervising PhD projects and students from the Ruhr University Bochum, which gives the doctoral students a unique opportunity to work and interact closely with an expert in the field of (PE)-ALD and (PE)-CVD. Besides research collaborations and supervision, he will conduct workshops to train the young researchers within the SFB in the field of ALD and CVD techniques and strengthen the knowledge of the researches in an interdisciplinary network at the international level. 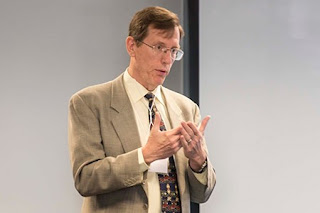 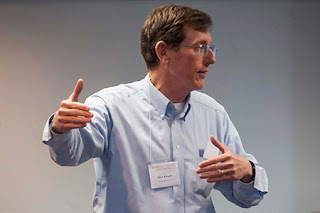 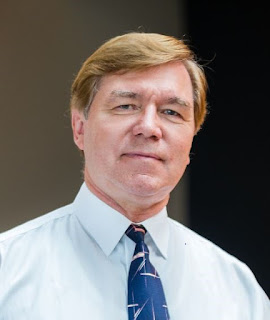 Ludvik Martinu is Professor in the Department of Engineering Physics, Polytechnique Montréal, Chairholder of the NSERC Multisectorial Industrial Research Chair in Coatings and Surface Engineering, Founder and Director of the Functional Coating and Surface Engineering Laboratory, and Co-director of the Thin Film Research Center on the Campus of the Université de Montréal. He is Past President of the Society of Vacuum Coaters (SVC), former Head of the Department of Engineering Physics, Founder and Chair of the St. Lawrence International Chapter of the American Vacuum Society (AVS), organizer of international conferences, and he is instigator and coordinator of numerous university-industry partnership programs and initiatives. He specializes in the physics and technology of thin films, coatings, surfaces and interfaces, and is internationally recognized for his contributions to plasma processing of nanostructured materials, plasma-surface interactions, and surface engineering technologies for optical, optoelectronic, tribological, biomedical, energy, aerospace and outer space applications, and new concepts of optical coatings involving nanostructured passive and active (smart) materials. His research on coatings and thin film systems obtained by PVD and PECVD techniques has resulted in more than 350 publications and over 15 patents and patent applications. He has recently received the prestigious SVC Sugerman Award and the AVS Fellowship, and the citations in both of them refer to “…his significant scientific and educational contributions to the development of the holistic surface engineering approach for optical, smart and multifunctional coatings and the promotion of students and young scientists…".

Prof. Christian Mitterer is Professor of Functional Materials and Materials Systems and head of the Department of Materials Science at Montanuniversität Leoben, Austria. His research focuses on establishing the scientific chain between synthesis of advanced multifunctional coatings and thin films, their structure, properties and performance, with particular interest on nitrides, borides, carbides, oxides, metals and alloys. He has pioneered self-adaptation mechanism like age-hardening and self-lubrication of wear-resistant coatings as well as damage-tolerant films for flexible electronics. Prof. Mitterer has published more than 400 papers, about 320 of them in refereed journals, edited nine proceedings and special issues, and holds 5 patents. He is an Editorial Board Member for the journals Surface and Coatings Technology and, and has served as Guest Editor for the journals Surface and Coatings Technology, Thin Solid Films, Vacuum, and Advanced Engineering Materials. In 2012, he has been elected as a Fellow of the American Vacuum Society and in 2016 as a member of the Austrian Academy of Sciences.

Prof. M. Ortiz is a professor of aeronautics and mechanical engineering at caltech. Since 2016 he has also held a research professorship at the university of Bonn (Hausdorff Center). His research spans many fields, e.g. The quasicontinuum theory which he coined himself in 1996, as well as pioneering work on the relatively new area of data-driven computational mechanics. One of his main research interests and expertise concerns the numerical modeling of solid-state materials over different length scales with application especially to failure mechanisms, for instance crack formation, plastic deformation, instabilities. Prof. Ortiz is collaborating with Prof. Reese on data-driven mechanics. Considering his knowledge and expertise in the field of damage mechanics and numerical multiscaling methods, he will directly contribute to the project A6. Furthermore, he will contribute relevant work to other projects of SFB-TR 87 (such as A7 and A3). In his function as mercator fellow, he will be acting as an external research mentor for researchers in the "mechanical model" part of the SFB.